Pictures for the Week

Here's some pictures! For the week! 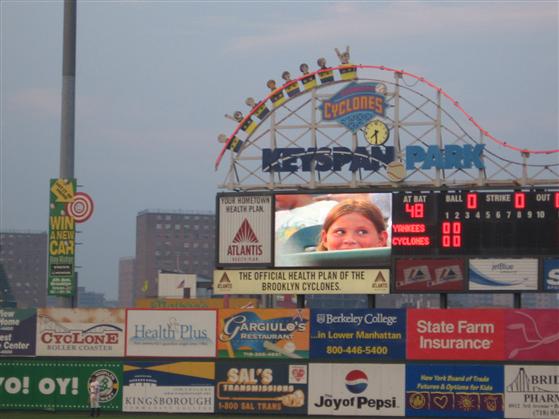 Went to a Brooklyn Cyclones game  (AA ball rules!) with a friend of mine. Cute kid was on the globatron on whatever. It was foggy out. 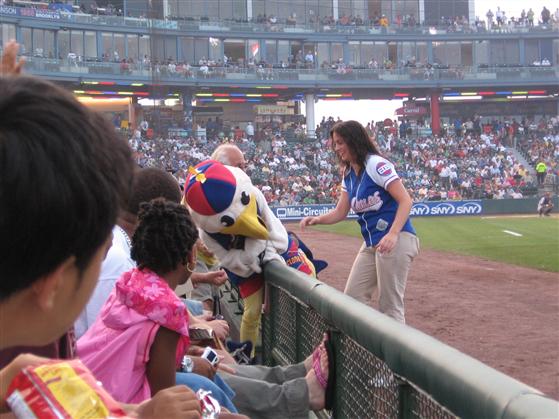 This bird or whatever was walking on the railing and he slipped and smashed his crotch! LOL! Then he just laid on the ground moaning for like 10 minutes! And he made some little girl cry because she jumped on him and he yelled, 'Get the f**k off me! Jeezus kid! Gimme a sec! F**k!' 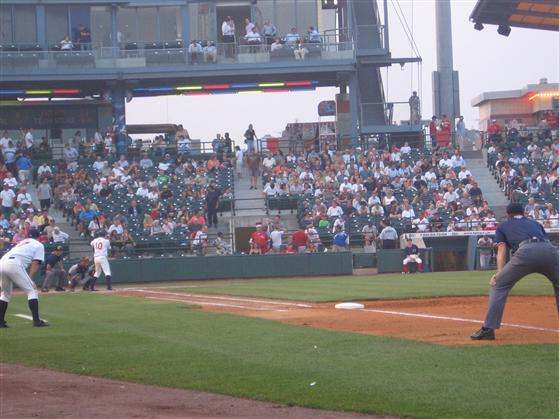 We sat first row on the right field line. I was scared I was gonna get smashed in the face with a line drive. So many lefties! Cyclones won! 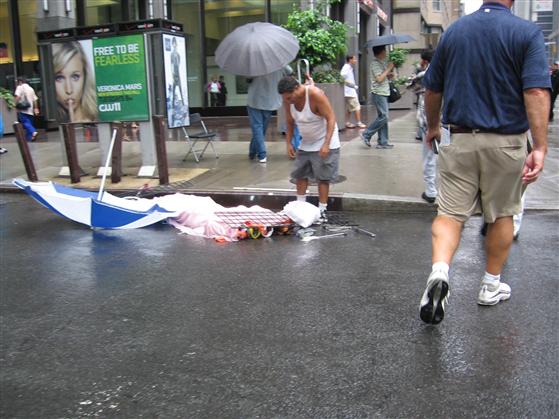 This dude was totally bummed. Friggin wind blew over his whole shebang. He was like 'doh'. 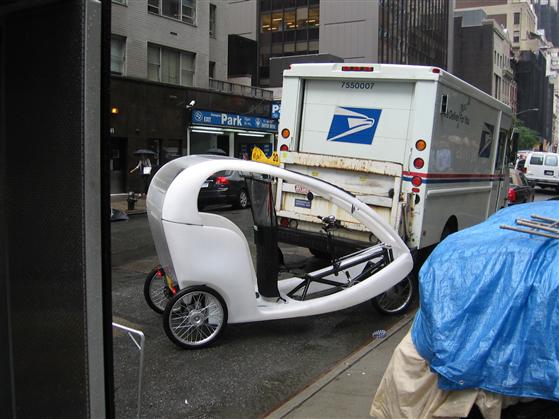 New type of cab popping up all over the city. Bike/Rickshaw situation. 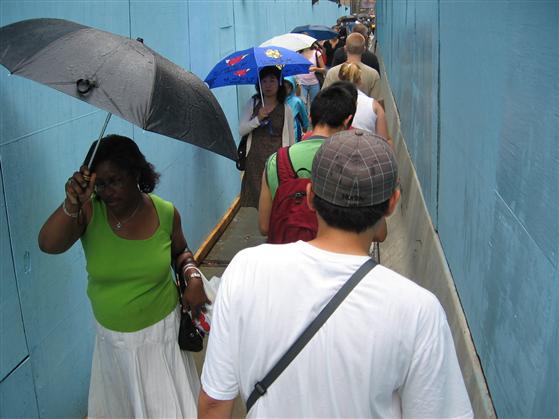 People walking through construction area. I guess it was raining more downtown than uptown. 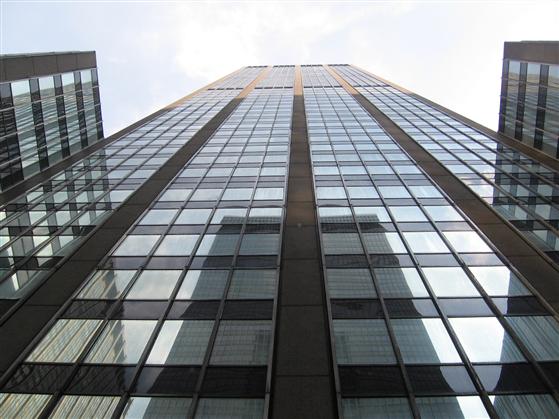 Headed to the Bodies Exhibit over the weekend. The exhibit is like some dudes took real human bodies and like shelacked em
in various poses or whatever so people can learn stuff and be freaked out. Photography wasn't allowed so I took my
pictues all sneaky holding the camera over my belly and just pointing it around with no flash. 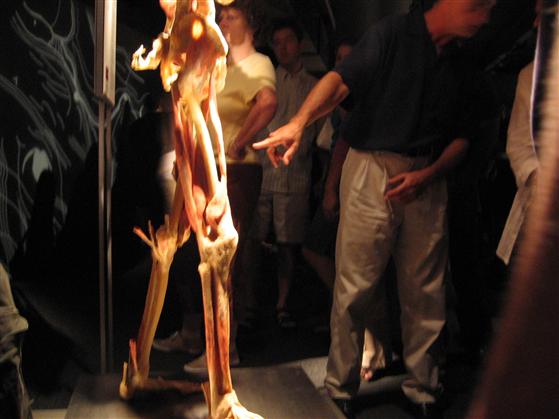 This guy is bragging to his girlfriend about the size of his unit compared to the dead guys unit. 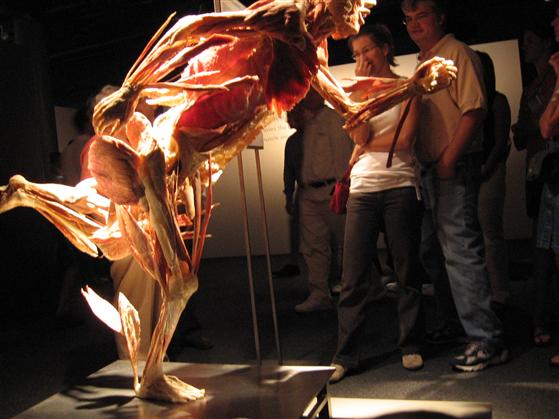 They had a whole warning poster up so people who get disturbed by seeing fetus stuff can get a heads up and skip it if they wanna. 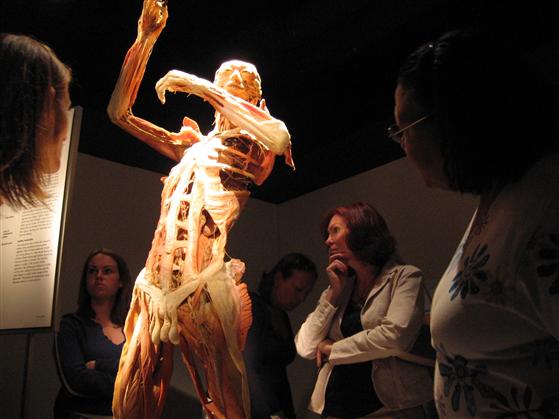 People were reading and thinking thoughts. This dude was like, 'Grrr! I'm a monster!!' but all peaceful like. 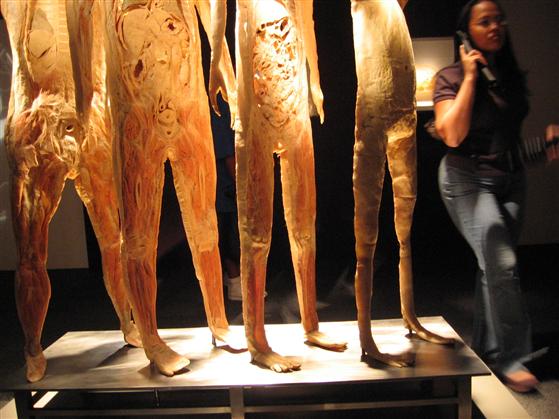 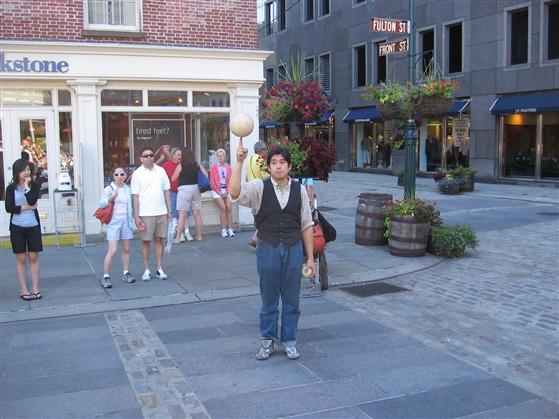 Outside there was this street performer guy. He did some cool stuff but sort of said in a half-annoyed way that
he's been doing street performing in the same spot in South Street Seaport for 20 years. 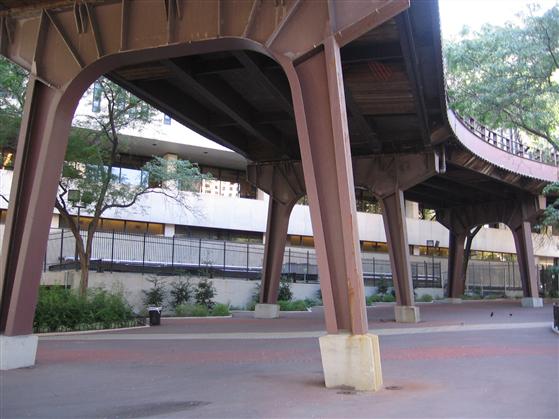 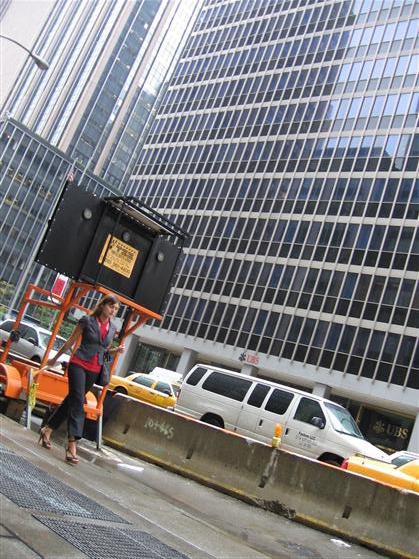 This lady was pulling that big sign down the street.  Or not.

(PS just kidding bout the bird. he was just climbing over the railing...)