Pictures for the Week!

Got lots of pics! Not alot of good ones too! 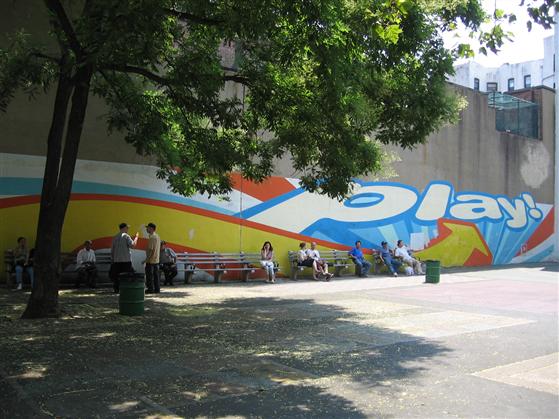 Instructions for the park. Nobody took it seriously. 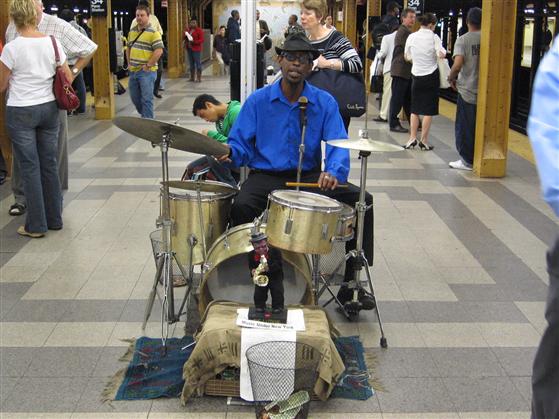 This dude was drumming away in the subway. I gave him a dollar and he said, 'Thanks, man.' 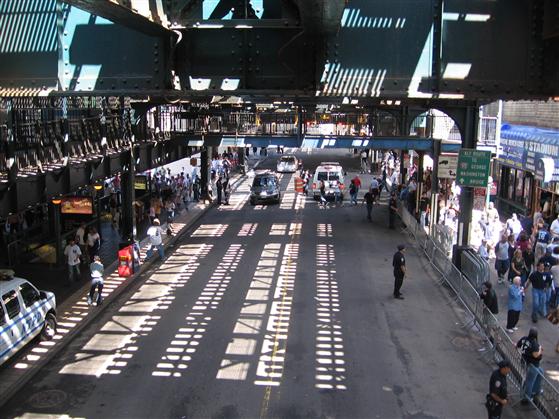 My brother got awesome tickets to the Yankees (vs Red Sox). I went with him and my nephew and my nephew's friend.
Here's what it looks like under the underpass on the way there. 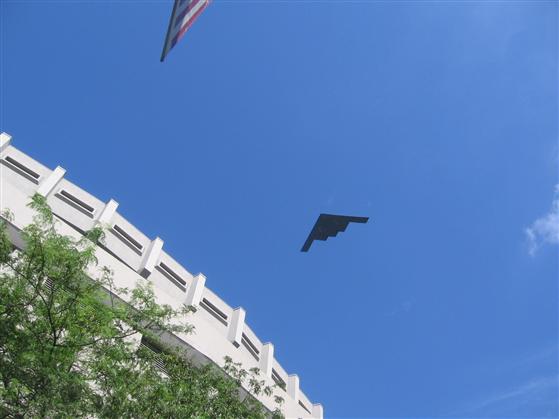 The stealth bomber flew over as a special treat. Not sure how they can call that thing 'stealth'.

I fumbled like a dork to get my camera out to get the stealth bomber picture and I dropped my pretzel and mustard against my shirt. It also got all over the camera and my arm and leg before landing face down on the street.

But whatever! Check out these seats! Coolio! I was totally tempted to run down on the field like a real professional jerk! 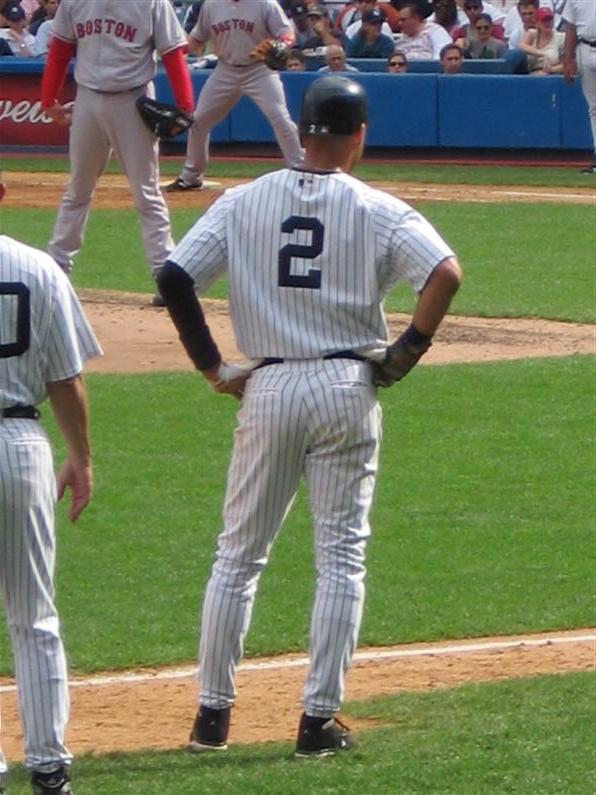 The Jeter for the ladies. (Note how cool Yankee uniforms look compared to Red Sox pajamas.) 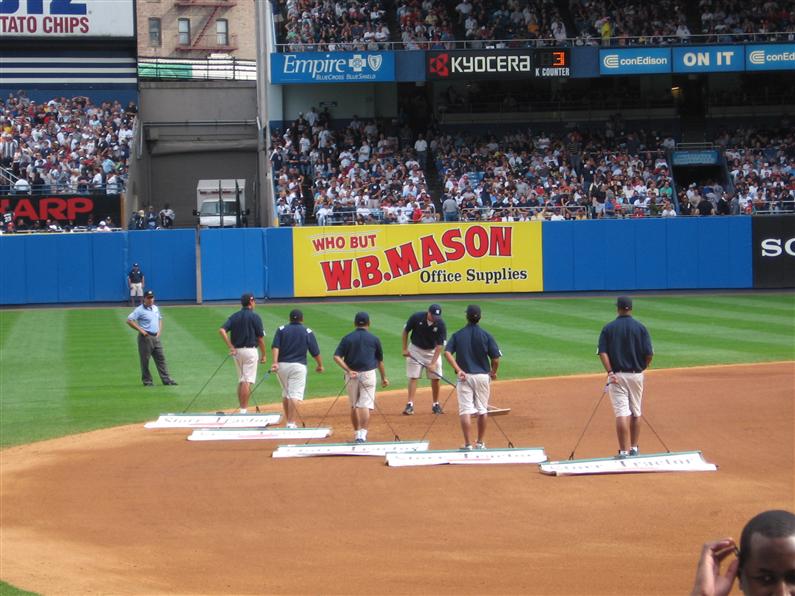 These guys swept the field to the song Y-M-C-A. And they'd do the Y and the M and the C and the A-- when it was time to go Y-M-C-A. Then they'd go back to sweeping again like nothing happened. 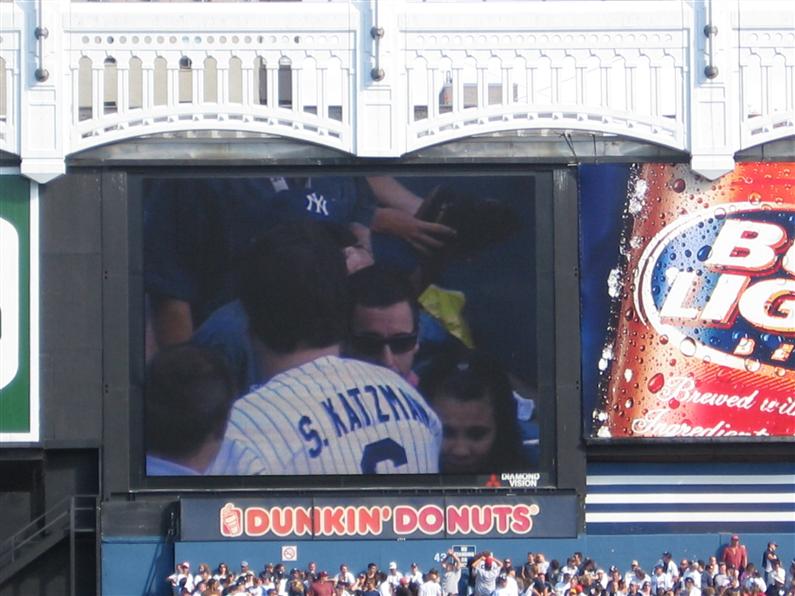 The famous Adam Sandler was there.... seen here with a self-designated hitter. 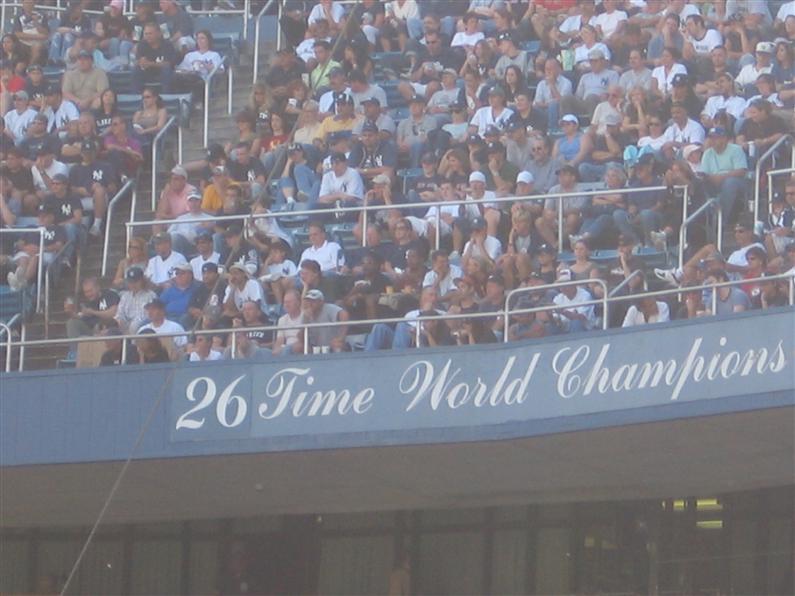 I guess other places have to dislike a team that has a World Champions sign with a non-permanent number before it. 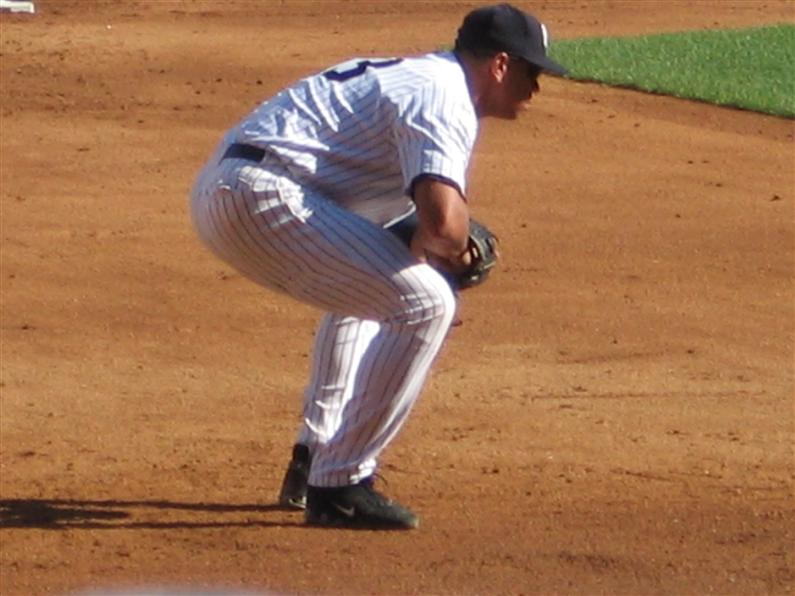 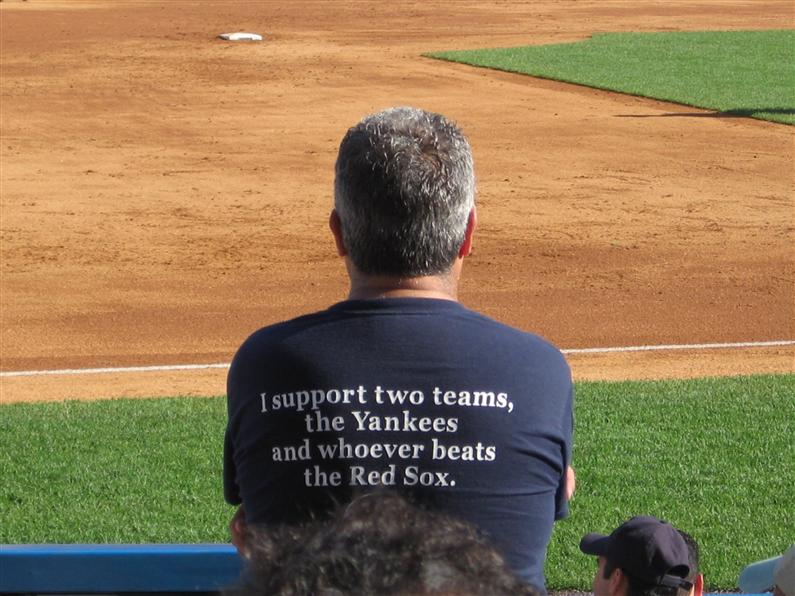 The Yankees lost this game 4-2. 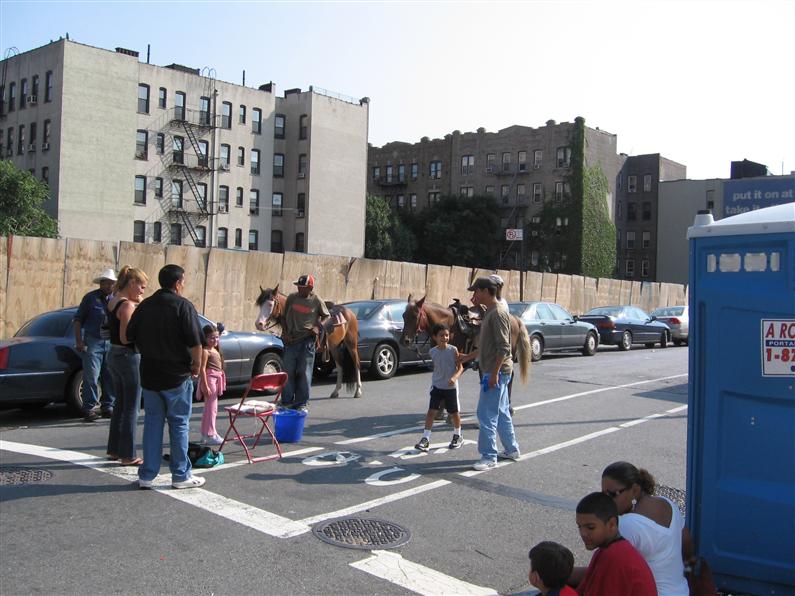 Today I went to a street fair called the Atlantic Antic here in Brooklyn. There were horses. 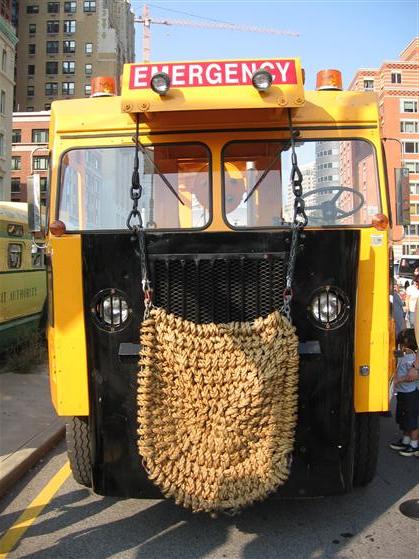 And an old school truck thing with like a weird loin cloth situation or something. 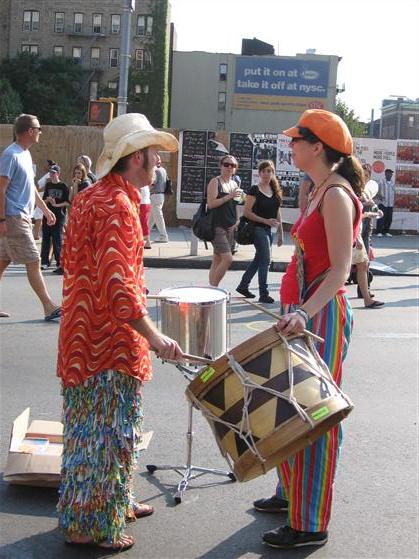 I kind of want those pants. And that drum. And that hat. 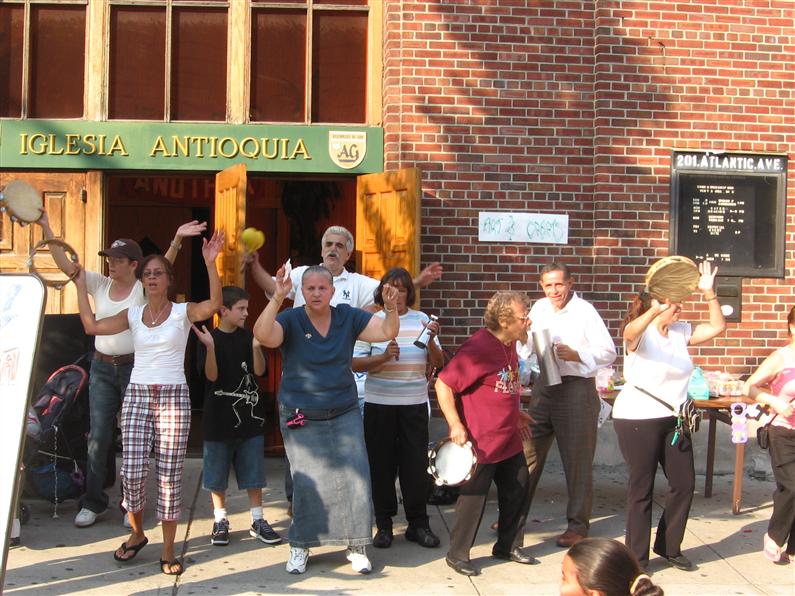 This church was whooping it up having a dance party out front. 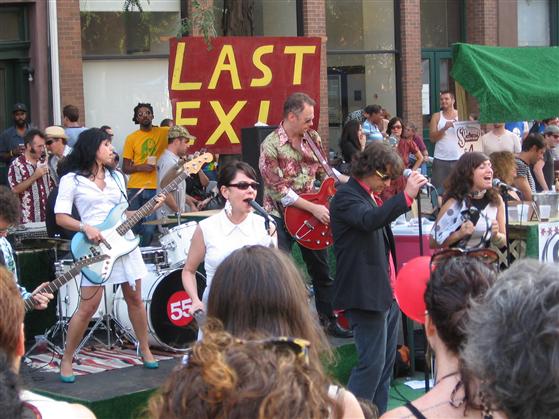 This band was all uber hipster euro-ed out... but still kind of cool. You can watch em here all out out sync. 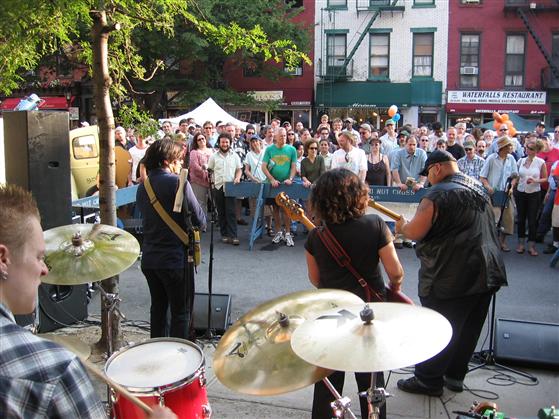 Here's another band that was playing up the way. Country stuff. To counter the euros down the street. You can watch a clip here.

I always like seeing the old signs left on old buildings. People being smart enough to not remove the original business sign makes me feel like people are smart. 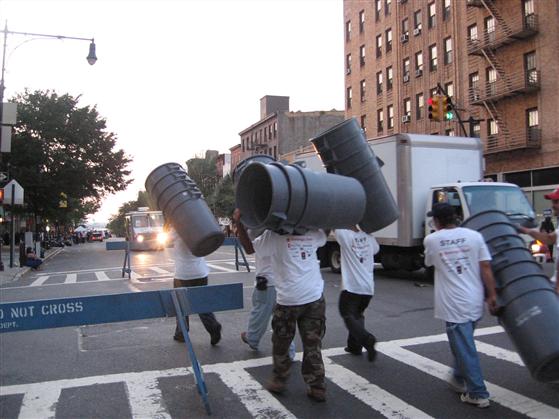 And that was that. Heading home. 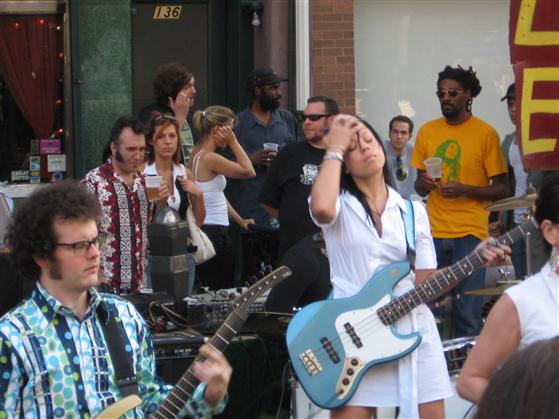 One last shot of the hot euro bassist. The band is Les Sans Culottes. 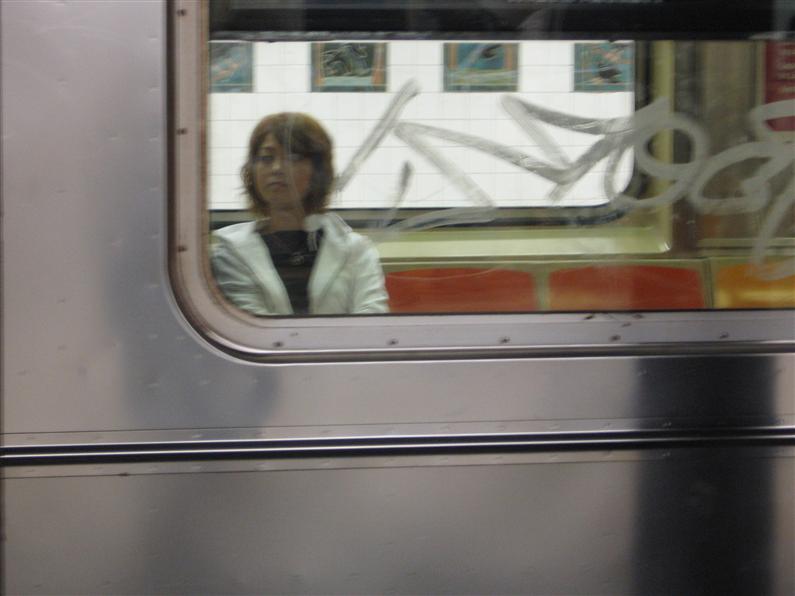