How I Take Someone to the Airport (+ Orchard pics!)

Over the weekend a friend who lives in Chicago came to visit. We decided to rent a car and pick some apples at an apple orchard and stuff. Roscoe came along. I like apples alot. I eat one every day.

Here are some pictures from the apple orchard: 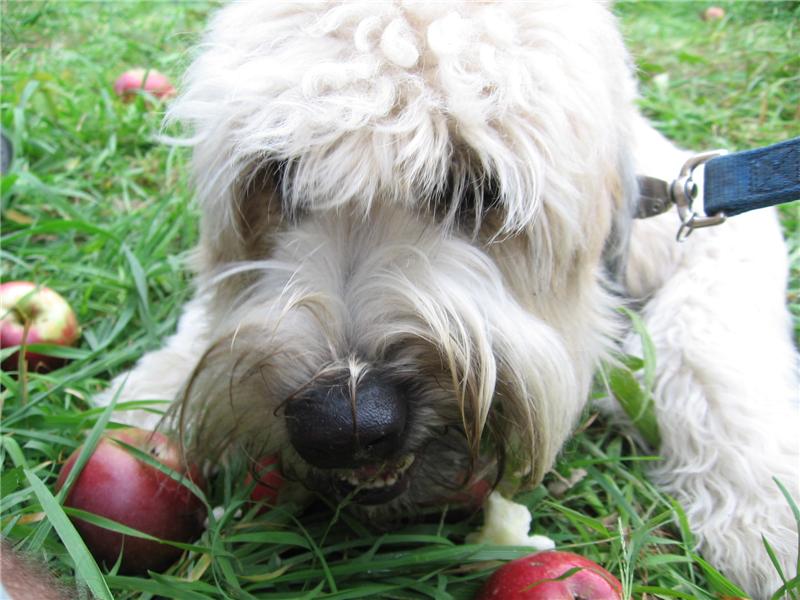 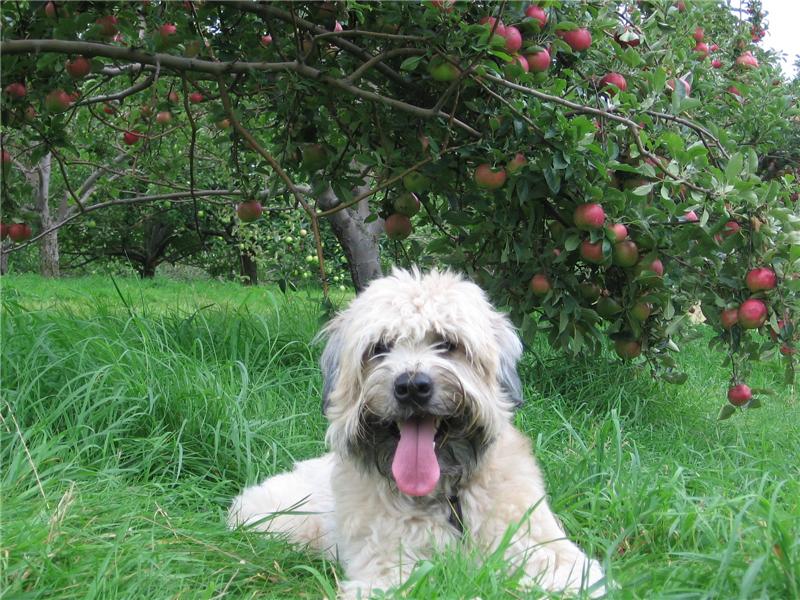 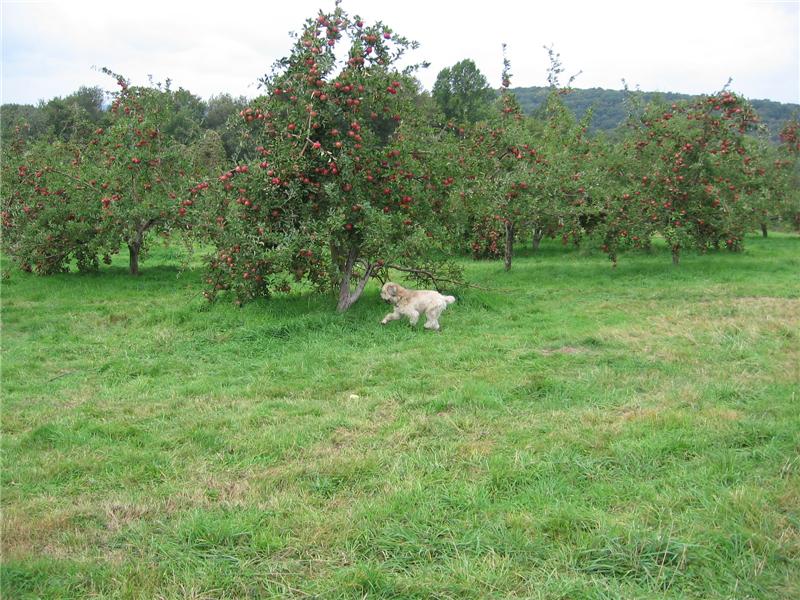 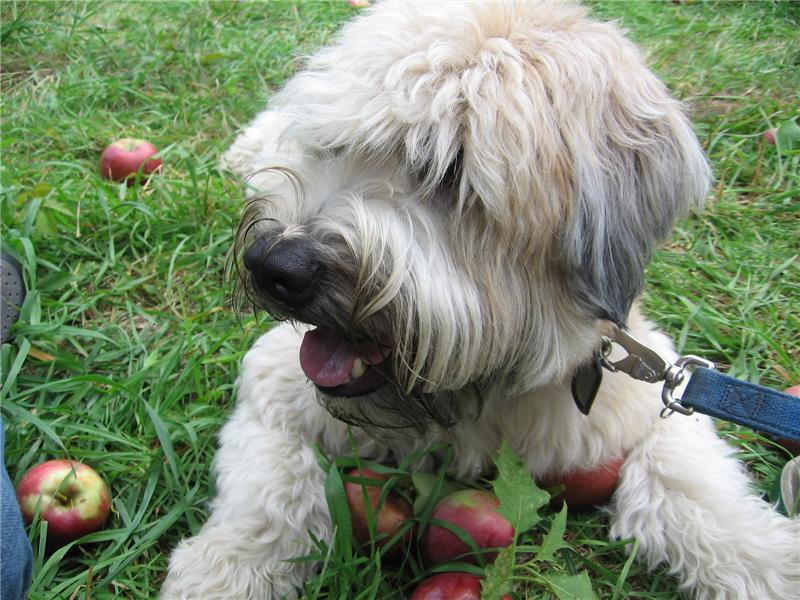 My apples! Mines! Apples for me! 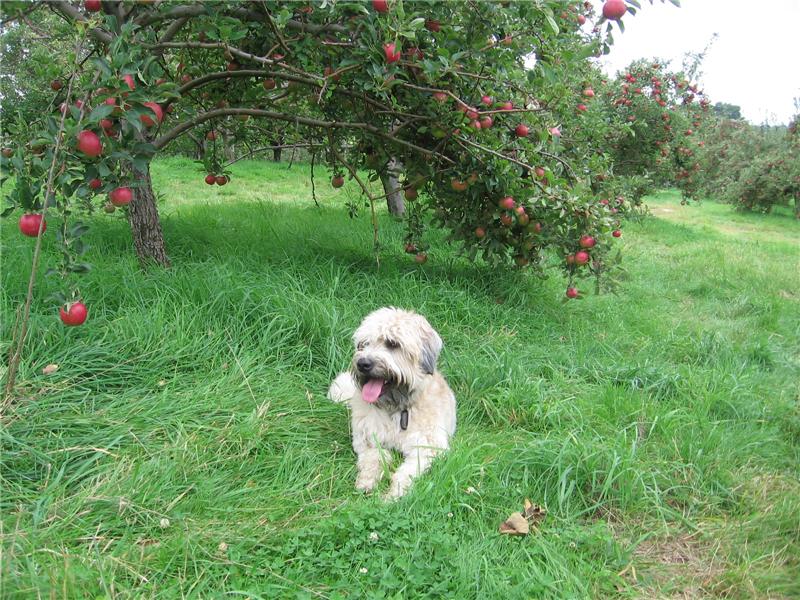 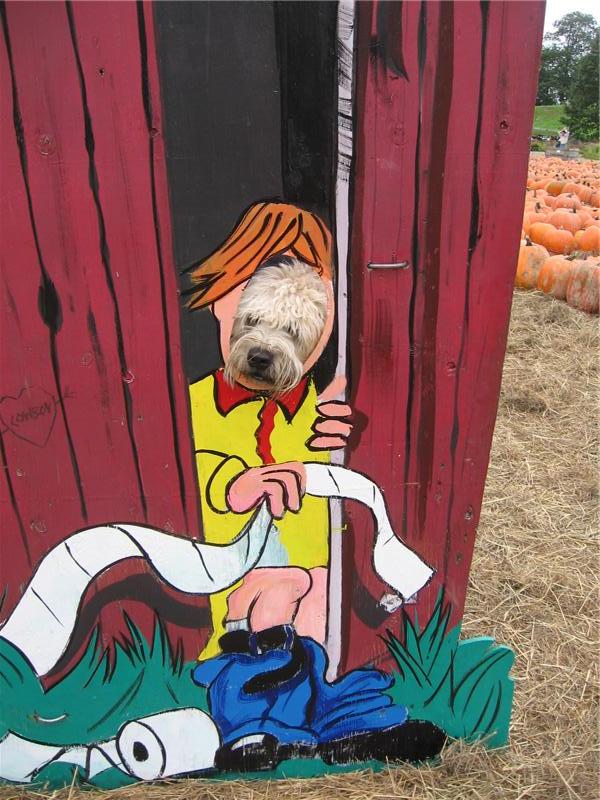 So that was fun and now I have like 10,000 apples in my house which I'm psyched about.

Anyway, I had this car so I offered to drive my friend to the airport the next day. Her flight back to Chicago was 4:00PM. We left here around 1:30 to go to LaGuardia airport which is about a half hour away (in theory).

Here's what happens when I drive someone to the airport:

I pull off the highway to turn around and start driving blind on some anon highway desperately trying to find LaGuardia. Looking for a sign. Any sign. But out by the airports I have zero sense of direction. Not even zero. It's like negative. West? East? Belt Parkway? Long Island Expressway? What? Huh? Zero. So I started looking toward the sky to see if I could see airplanes landing somewhere. My plan was to drive toward the landing planes. That's how bad I am with that. When you're on a highway navigating by the sky you know you're in bad shape.

At this point, it's apparent that we're not going to make it to the airport on time for the 4PM flight so she calls Delta to find out when the next flight is. It's at 7PM. It's now 3 something. I ask her to check to see if there are earlier flights from JFK. (We were just right there anyway). And she finds out there's a 5:30 flight to Chicago from JFK. She starts working with Delta to change her ticket while I try to turn around and head back toward Kennedy.

She finds out it'll cost $90 to change the ticket and agrees to do that. But while the ticket reissue process was going through the Delta system, the cellphone got disconnected before it was fully processed. It was left in some weird Delta limbo. So she decided to just deal with it at the gate. I dropped her off, apologized up and down, said goodbye, and drove off.

I started driving back toward Brooklyn and immediately got lost. While driving around aimless looking in all directions for the friggin skyline of Manhattan as a compass-- I started to feel bad about the $90 charge. It was really my fault she missed the flight. So to be nice I called Delta to see if I could get through their system to pick up the charge on my own credit card. Or if that's possible. Or whatever. Nightmare call. While driving around lost I'm floundering through the Delta system with my obscure request when I finally land in the right place. The woman on the phone tells me the charge is $390! I'm like, 'What?' Apparently the $90 quote from before was a mistake. $390 was ridiculous of course.

By now, back at JFK, she also found out that it was $390 as well-- so she called me up and I told her I'd turn around drive back to JFK and pick her up to drive her to LaGuardia for the 7PM flight. (Are you still with me? I know this is all convulutated.) Of course, I have no idea where I am at this point because I was lost on the way back to Brooklyn and am stuck in traffic. So I do the thing where I'm beeping the horn and asking other drivers to roll down their window for directions to JFK.

I finally get back there and she gets in the car and I ask some limo guy where LaGuardia is. He tells me he's heading there and I can follow him which was cool. He drove with his flashers on all the way which was awesome. Very cool. We made it straight to LaGuardia. It's now like 4:45 or so for a 7PM flight. I tell her I'll go into the terminal with her and hang out for a while because we're so early.

On the way across the airport, we pass a BP gas station in the airport. Under the gas prices sign there was a 'fancy' sign that said (swear) 'Grillaquardia'. It took me a while to figure out that it was pronounced Grill-a-Guardia. Anyway, I'm like, 'Oh! Look! There's a 'grill' in there! Let's get some food!' We had time. So we pull in and head into this gas station to hang out and kill some time.

I didn't see a grill though. All I saw was moldy looking trays of crusty pasta and some chicken lounging in grease. Stuff like that. So I ask the BP guy where the 'grill' is... as in 'Grillaquardia'. He points to the 7-11 style hot dog thing that spins brown/orange hot dogs on metal cylinders or whatever. I'm like, 'That's the grill?!?' I spun my mental wheels over the process of why the sign out front exists at all. Grillaquardia? What?! Q? Why? Let me get this straight. Someone thought up that 'creative' name, made the sign, put it out front, but umm... never bothered to put in an actual grill? How?! Why?! Grillaquardia!!?!? I can think about stuff the hows and whys of stuff like that forever.

Anyway, the two of us got hot dogs and sat in the window on stools and ate them. They were disgusting so we each got another. And potato chips. We killed some time in the BP station before getting back in the car and finally making it to the Delta Shuttle terminal at 6PM for a 7PM flight. In theory we should have been there like four hours earlier. And that was that.