Sorry it's been a while since I posted some pics. I know I've been majorly slacking with my camera so I'm gonna get back on the stick... or should I say back on the... click? Wink wink! Eh?! Click? No? ...Feh...Anyway, I promise to bring my camera around for the holidays so we'll get some more snapshots up here.

The problem is lately, I've been feeling like I want to take more pictures of actual people-- (along with weird stuff I find on the street. like this.) 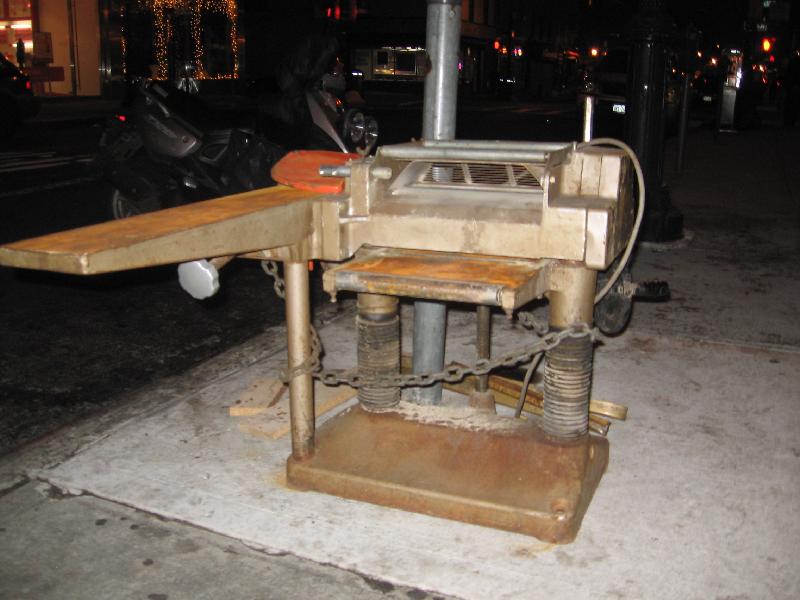 Anyway, for the last couple weeks I've been seeing alot of people doing stuff or standing there-- and I'll want to take their picture. But I'm scared of doing it without asking because they might get mad at me. Or think I'm a jerk. Or a creep. Or that I'm stealing somehow. I guess it would make me feel weird if some stranger took my picture for mysterious reasons. 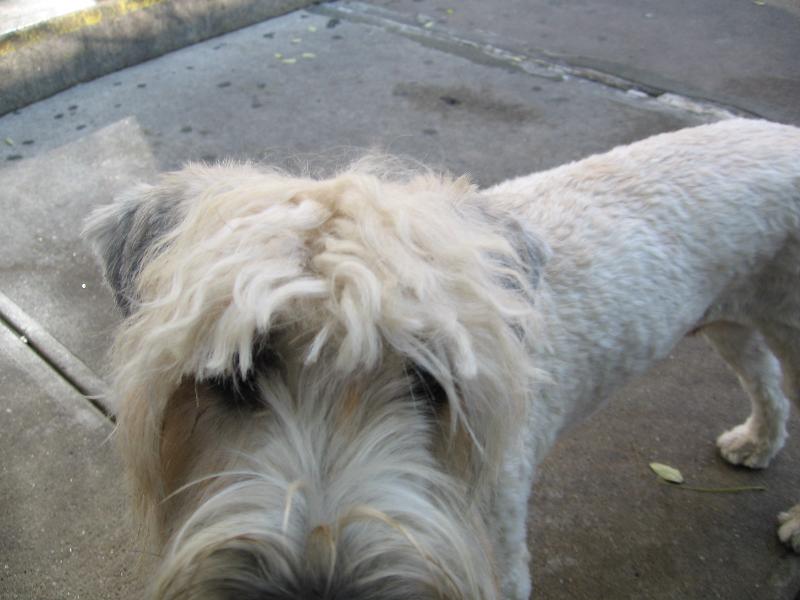 Dogs don't mind though. Dogs only mind getting haircuts that make them feel naked and ashamed.

But it's weird to ask permission from someone too. Like if I see someone sitting at a cafe am I supposed to just go up to them and say, 'Hey! Can I take your picture?' It seems a little weird. Isn't going up to a stranger and saying, 'Hey! Can I take your picture?' the same as saying, 'You look strange and different to me. Might I capture your image for my own personal reasons which are none of your business?' 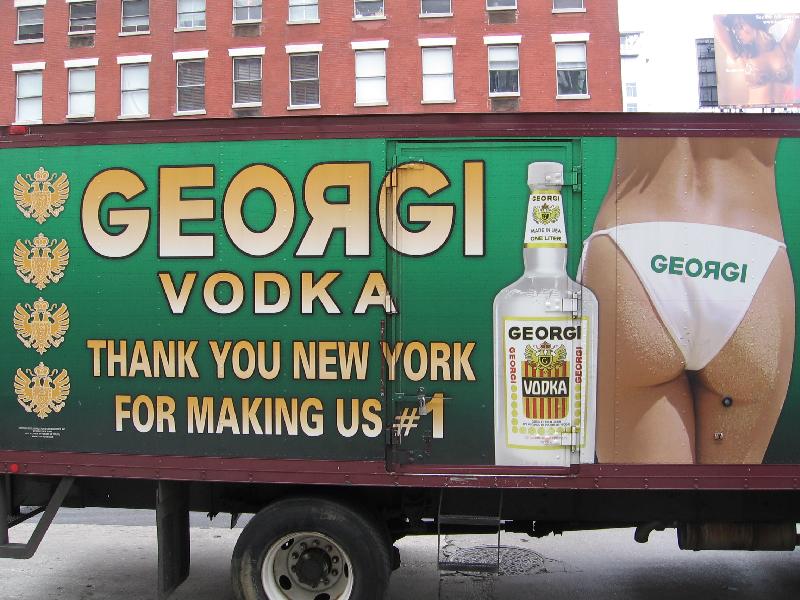 I took this picture for my own personal reasons which are none of your busines...

Also usually the good picture isn't of them being totally aware that their picture is being taken. Right? Usually it's when they don't realize they're about to be captured forever-- like the personal moment. Not the smile for the camera moment. 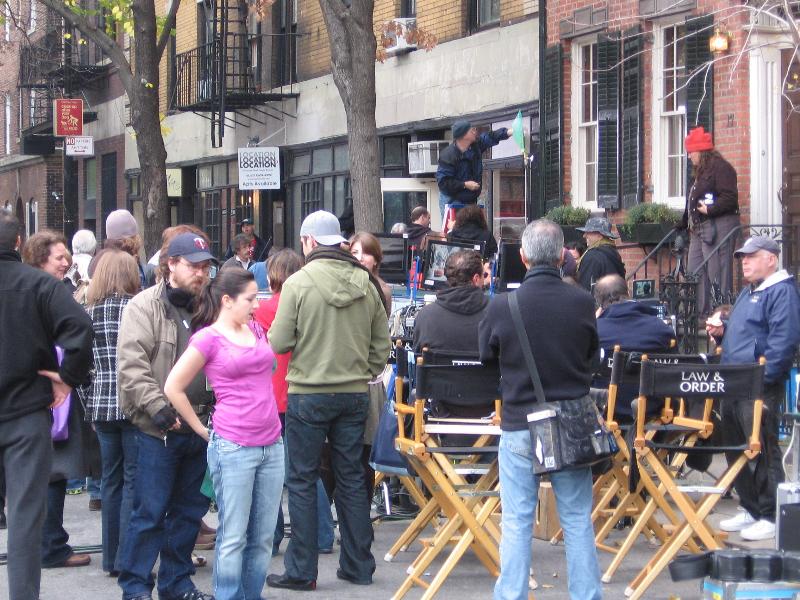 I think I'm allowed to take pictures of stuff like this all I want. (not sure what's going on with beard guy and pink shirt...looks inviso-perved or something) 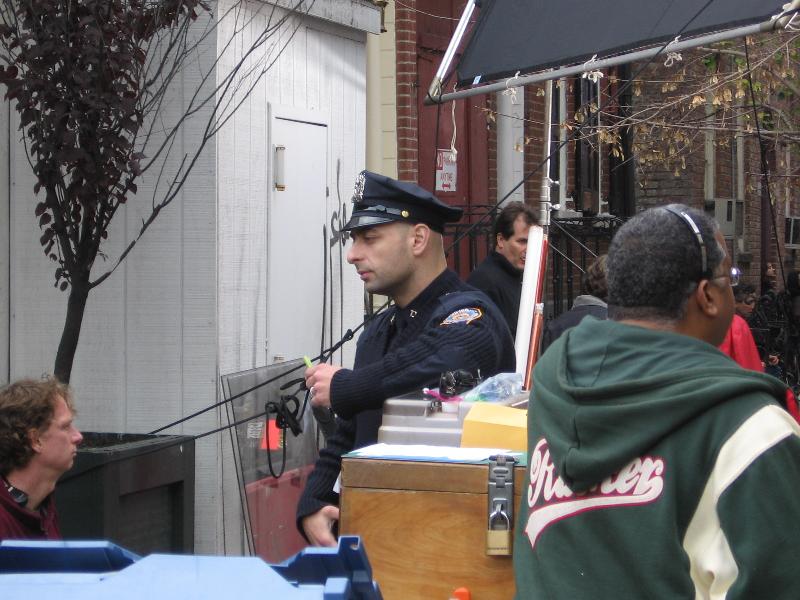 Anyone standing on some sort of dopey set is fair game though. I feel I can click all I want.

Not sure if this guy was real cop or Law & Order cop. I'm betting actor cop. I mean why would a real cop have a highlighter in his hand? An actor cop would need to highlight his two lines in the script. Right? A real cop would just have a cup of coffee.

I guess it wouldn't seem so weird if I had like a big hulky pro-photographer camera. Then people might feel like I'm more 'legit'. Like I'm a real photographer or something. With the focus and the big lens and big strap and all that. But with my rinky dink camera it just feels like I'm a weirdo asking to take a stranger's picture or just pointing and clicking without permission.

I dunno. Maybe I shouldn't bother people with my camera. There's plenty of stuff around that's cool enough to look at... 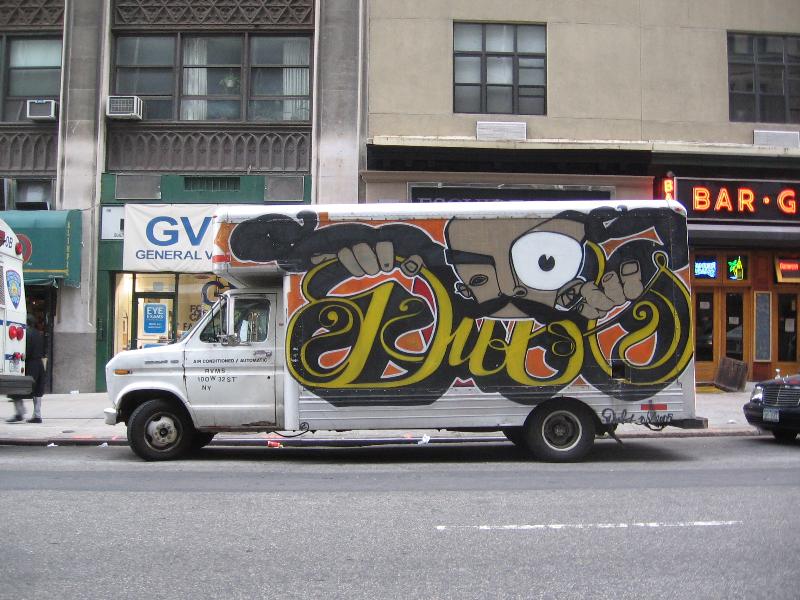 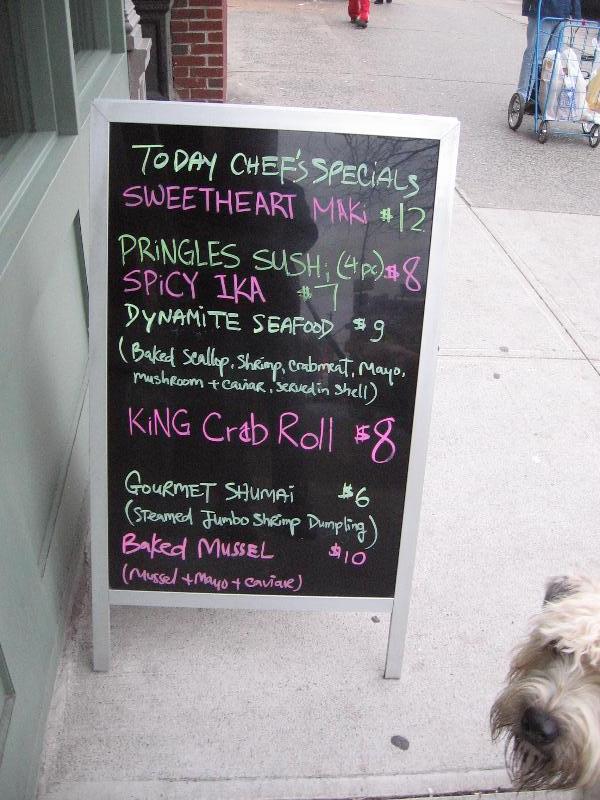 And this sushi sign with one extra yummy sushi.. (roscoe doesn't know how to read) 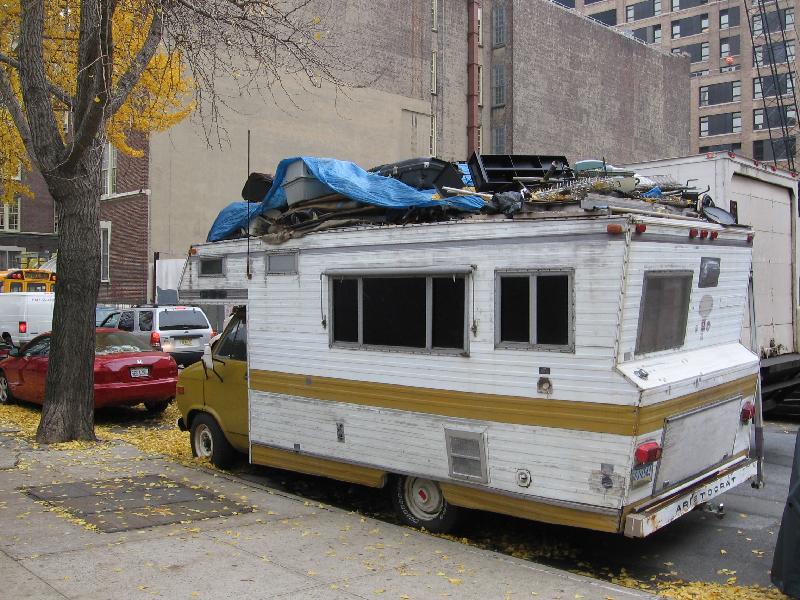 And this guy's street house.... 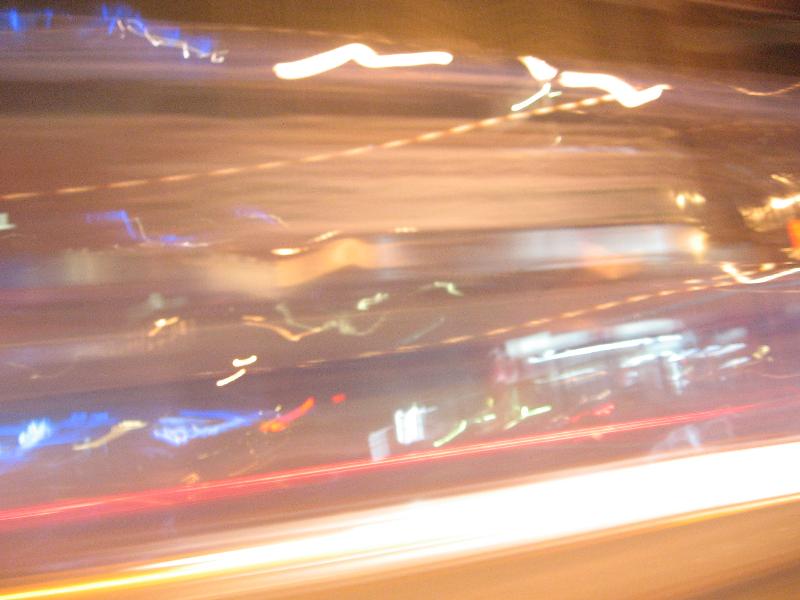 Or I can just stick the camera out the window of a cab for these shots. (The official all-time laziest art-form)

Maybe I'll try it out until I get punched in the face or have my camera smashed or something...

* thanks to EVERYONE who wrote in letting me know what that thing is... here's one chosen at random.

The thing in the first picture of your most recent photo journal appears to be an industrial-sized, really old, wood joiner/planer.  The long, thin table on the left is where the wood slides across and underneath that flappy thingy in the middle of the table is a rotating cylinder that holds 3 or more blades that shave miniscule amounts off the edge or face of a piece of wood.  Makes a nice, flat surface which make good glue joining surfaces.  It probably belonged, at one time, to a cabinet shop.  Why it's chained to a parking meter, well, I couldn't say.  Except maybe a junk man got a deal on it and he's chained it there for safe-keeping till he can get it hauled to the scrap yard.